Yesterday we attended Astrofest, an annual astronomy fair held at Curtin University. There were telescopes for looking at the night sky, and displays by Astronomy organisations. Our display included a Space Shuttle launchpad layout, the Skylab space station, Japanese spacecraft Hayabusa, an orbiting solar system and some radio telescopes. We are very pleased with the result and the interest people showed in our creations.

For the full set of photos, see the Flickr page. 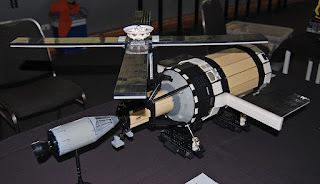 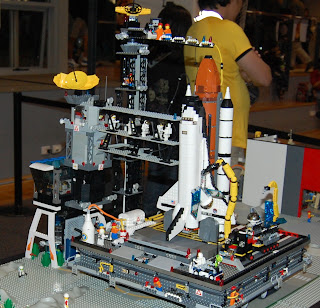 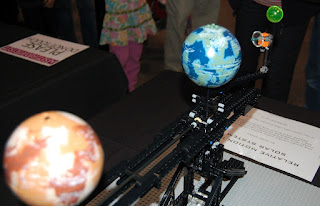 Harry's talent for motorised models is displayed in his Orbiting Solar System - this model mimics the motion of two planets orbiting a star. See a short video of it in motion! 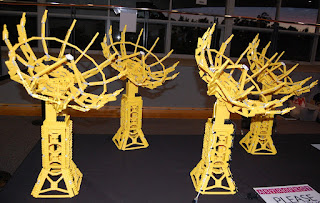